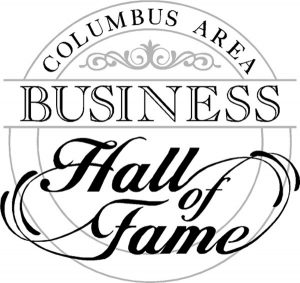 Induction into the Business Hall of Fame is made on the basis of accomplishments in a person’s business or profession.

This award is given annually in the name of Chuck Farnham, a man who defined the phrase “community volunteer”.  Chuck set the bar for volunteer efforts with such things as his involvement the American Legion and the VFW, having been a World War II veteran.  Chuck was president of the local Lions club, a Director on the local Chamber Board, and was heavily involved in the Sesostris Shrine.  Chuck presided over two different local education associations, he was a Columbus City Councilman, and he was a director of the Platte Valley Playhouse.   He was also as a member of SCORE (the Service Corps of Retired Executives), and a consultant for The Center for Small Business at Central Community College where he mentored a multitude of small businesses and shared generously of the knowledge he had gained over the years.  Nominees for the Charles Farnham Award are selected for providing valuable service to the community, exhibiting initiative and creativity in providing this service, specifically providing service outside of job responsibilities, and significantly impacting the region and its residents.

Past Volunteer of the Year Award Winners